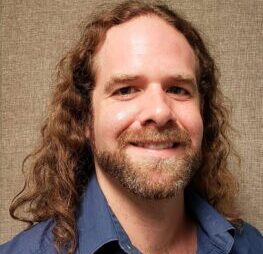 Chase is an active multi-instrumentalist with years of experience performing for a variety of audiences. Coming from a family with a strong musical background, Chase began his formal training when he began violin lessons at the age of ten. In High School he was an accomplished classical singer, performing for three years as a member of both the TMEA All-State Choir as well as the St. Paul’s Choral Scholars in Houston, Texas. He received a scholarship to pursue classical voice studies at the University of Houston, but ultimately decided to pursue other studies at college. He received his B.S in Kinesiology in 2012 graduating Magna Cum Laude.

After graduating, Chase continued his musical journey by involving himself in the local music scene everywhere he has lived. Through years of diligent self-study and experience he became an accomplished pianist, performing regularly with several local-level bands over the last decade. He also worked as a resident church pianist playing both traditional and contemporary music. He was an accompanist for the choir playing at weekly Sunday services, rehearsals and performed at special events and services.

In addition to piano, Chase loves playing his accordions. He performs a range of music from across the world, but particularly loves French, English, and Irish music. In 2019 Chase founded a local “Hot Club Jazz” band in College Station, of which he is still the leader and organizer. While in College Station, he taught piano/keyboard and voice lessons for Guitar Center’s music lesson program for 3 years.